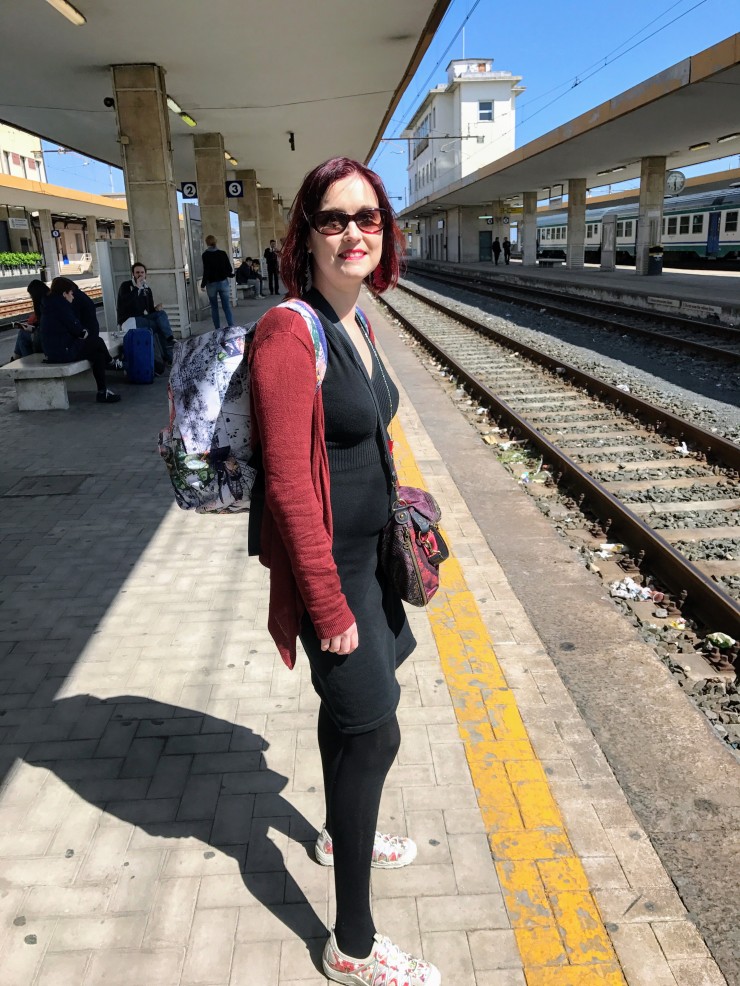 Because so many people was interested in reading this article in Finnish I decided to translate it in English.

Despite the bad reputation of the italian trains I am the fan of them!

Because you can take a train to almost everywhere in Italy – also to the small towns. Traveling by train in Italy is nice and practical.

Yes, they might be more or less late sometimes but who needs to be in a hurry when you are in a holiday? Good thing is that there are so many trains that you can change your plans ex tempore if something unexpected happens.

And despite all of this: I am the fan of Italian trains.

I want you to become a fan too. So I’ll give you my tips and advice.

How to travel by train in Italy?

2. Always buy a ticket beforehand from the station or online. If you buy ticket from the train the ticket would pay dozens of euros more.

3. Take your time when you are in a train station. There are usually ticket machines and ticket desk but the line could be long. You can also buy tickets online.

4. If your train ticket doesn’t have a seat number, you can use it in the same kinds of regional trains usually over a period of two weeks. You have to stamp the ticket before you’ll get inside the train. Recheck this from your ticket.

5. If your train ticket has a seat number it is only valid in the train it has been bought for. If you need to change the ticket, ask help from the ticket desk.

6. Be prepared for being late. Trains might be late sometimes even hours. If you have only a little time to change the train be ready to change your plans if the first train is late.

7. Be ready to make creative solutions. Trenitalia’s webpage works well with a mobile phone so you are able to think options for your original plans if it’s needed. For example one time I was planning to go from Levanto to Florence and the train was two hours late. I figured out that we could take the earlier train to La Spezia and have a lunch there. After lunch we took the train to Florence. That was way more convenient than waiting in the train station of Levanto.

8. There is no food service or wifi in the regional trains. You can buy super delicious sandwiches usually from the train stations. If the train station is small there is a food machine. So you must take your own foods to the train from the station or somewhere else.

9. In the Intercity, Eurocity and Italo trains there are a food cart and sometimes even the wifi.

10. There are toilets in the trains. Just take your own toilet paper with you just in case. Quality of the toilets vary a lot.

11. Usually there are no trains during the night time but they could part early in the morning. So if you are ready to stay awake somewhere you can take the first train in the morning.

12. Usually the regional trains are cheap and slow. The Intercity and Eurocity trains are fast and quick. But all the trains can be late so you’ll never know how long the trip takes.

I’ll wish you a great travels!

If you find this article useful, feel free to share it!